Torture Tourism – the dark side of wildlife tourism 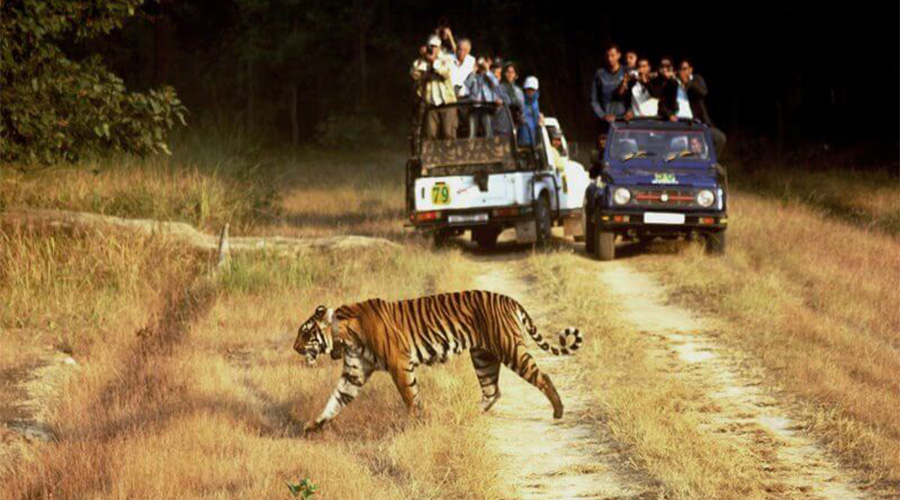 Torture Tourism – the dark side of wildlife tourism

In May 2019, National Geographic Magazine wrote an expansive article exposing the very dark and often unseen side of wildlife tourism across the world. Posing with a big cat like a tiger, playing with lion cubs, riding an elephant or having a monkey sit on your shoulder for a photo are just a few examples of wildlife tourism and have become increasingly popular, especially in the pursuit of social-media worthy content and a sizeable ‘like’ count. However, the pictures that make it onto social media of tourists with these animals, paint a picture of a vastly different reality of what goes on behind the scenes for these animals. Even those that claim to be animal or wildlife sanctuaries are often in fact the very opposite, with the term sanctuary being an absolute misnomer.

Thailand is one of many such destinations where elephant ‘sanctuaries’ are easy to be found. They offer oblivious tourists up close and personal encounters with elephants which include experiences such as ‘bathing’ the elephants, feeding them and riding them. During the day and during tourist open hours, the elephants socialise and ‘play’ with the tourists and engage with them in a largely relaxed, unrestrained setting which paints the picture of a relatively free and happy existence, however as night falls a much darker reality is revealed. The elephants are overseen by their mahouts (caretakers) who push and prod them to interact and perform for the bus-loads of tourists which also includes performing tricks such as kicking balls, consuming copious amount of fruit thrust at them and enduring multiples ride with multiple people on their backs while being constantly prodded by the bull hooks utilised by the mahouts to ‘control’ the elephants interactions. At night they are often kept chained, with varying but unimaginable levels or restraint. As National Geographic witnessed at one of Chiang Mai’s most popular animal attractions – Maetaman, harsh disciplinary measures are applied to the elephant entertainers at night especially including the use of ‘spiked’ chains and shackles that poke the elephants in order to dissuade them from kicking.

This is just one such example of the wildlife tourism that is now rife across the world, an industry that is largely aided by social media, that in essence acts as the perfect marketing platform for such attractions. Animal tourism includes the likes of circus’ performing bears in Russia to swimming with dolphins in Brazil, Hawaii or even Las Vegas, or holding and cuddling the now very popular Slow Loris, playing with cheetah and lion cubs or feeding owls in the commercialised animal cafes. What the tourists and people engaging with these animals don’t know is that these animals are often drugged, ‘broken’ and have their teeth ground or removed as well as their claws before they come into contact with humans. Even those sanctuaries painted as ethical, humane and all about the animal conservation are often not as they seem.

As Natasha Daly, author of the expose denotes, “the wildlife tourism industry caters to people’s love of animals but often seeks to maximize profits by exploiting animals from birth to death. The industry’s economy depends largely on people believing that the animals they’re paying to watch or ride or feed are having fun too.” There will always be a demand for captive wildlife experiences whether it is up close and personal encounters or through zoos and aquariums because everyone wants to be able to see the incredible animals that we share our planet with and not everyone can see them in the wild. However, it is crucially important to understand that there is no replacement or suitable substitute for an animals’ natural habitat and environment, and there never will be.