A slice of history: the Hawaiian Pizza 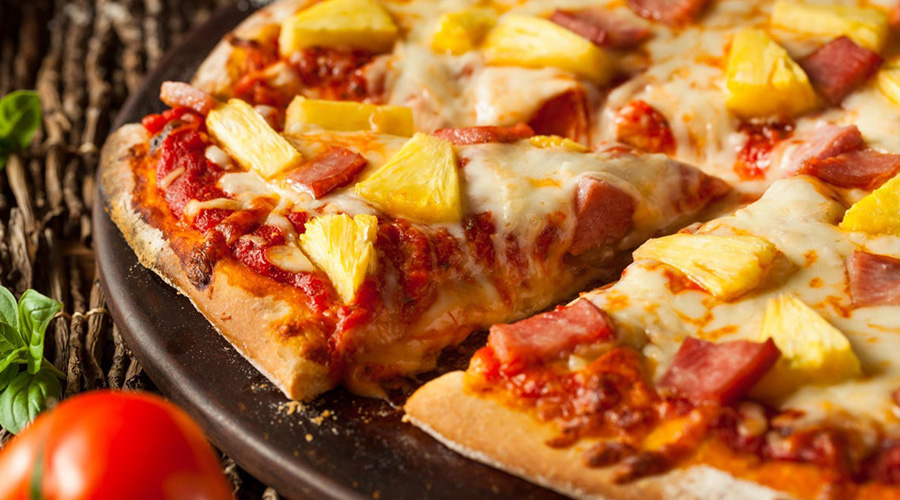 A slice of history: the Hawaiian Pizza

To put pineapple on a pizza or not to put pineapple on a pizza – that is the culinary question? Pineapple is undeniably one of the most polarising pizza toppings across the world, with many pizza purists insisting that pineapple has no right being on a pizza, while others love the cheesy sweet and savoury combination. Whichever side of the spectrum you fall, the history of the Hawaiian pizza (as it is most commonly known as) goes back fifty-plus years, and starts with a man by the name of Sam Panopoulos.

Panopoulos emigrated from Greece to Canada in 1954; however on his journey over he had his first exposure to the food that was ultimately going to change his life – pizza, and from the original home of pizza – Naples, Italy. It was this inspiration that he took with him to Canada, even though the restaurant that he opened – The Satellite – didn’t initially serve pizza, but rather mostly American diner-inspired food. Eventually however, pizza made its way on to the menu, and Sam never looked back. But that still doesn’t explain how the Hawaiian pizza came into existence? Thankfully, Atlas Obscura can help us fill in some of the blanks.

According to the ‘Explorers Guide to the World’s Hidden Wonders’, the “rise of Tiki culture, as troops returning from the South Pacific after serving in World War II, and the influence of American Chinese food were crucial to inspiring Panopoulos.” At first, the pizza wasn’t the hit that Panopoulos hoped it would be, because according to Panopoulos, in “those days nobody was mixing sweets and sours and all that. It was plain, plain food.” However, the dish became a winner when Panopoulos decided to throw ham into the mix and the Hawaiian pizza was born, but not patented. The pizza was a hit and soon made its way across Canada and the rest of the US, as well as the rest of the world.

In the 50 plus years of the pizza’s existence, the debate as to whether or not it’s actually good is still very much alive, with even politicians getting involved. Iceland’s President has some very strong views about the fact that pineapple does not belong on a pizza. He intimated that pineapple on pizza “should be outlawed” and later had to clarify on social media that he does not in fact have any influence over food laws, and that while he likes pineapple, he doesn’t believe it should be on a pizza; seafood would be a better fit. Whatever your stance on the pineapple-pizza debate, it seems like this cheesy combo is here to stay.