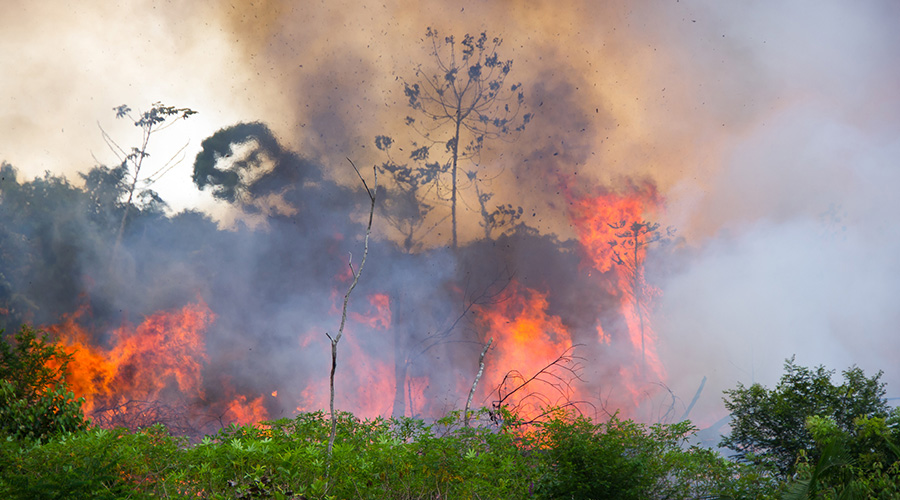 The Amazon is burning, and not for the first time. At this very moment there are an estimated 93,000 fires burning in the Brazilian Amazon. This is a significant increase, a 60% increase in fact from those recorded at the same time last year. It is also the highest number of active fires recorded in the Amazon since 2010 (National Geographic, 2019). According to the Global Fire Data Organisation, the Amazon’s fire season which affects mainly the southern Amazon region, runs from June to November, with its “peak burning activity in September along the eastern and southern Amazon forest frontiers, a swath sometimes referred to as the “arc of deforestation” (Global Fire Data.Org 2019). This annual fire season varies in intensity year on year due to multiple factors including climate change, drought and ‘anomalies’ in the El Niño climate pattern.

However, in addition to a noticeable increase in the numbers of fires burning in the 2019 fire season, it has also been noted that there is an increased intensity to the fires this year. The intensity of the fires is quantified through the fire’s “radiative power” otherwise known as FRP (cumulative fire radiative power). As part of the 2019 fire season, there are ten regions in the Amazon that form part of the forecast, there are six that are Brazilian Amazon states, with the remaining four being Bolivian or Peruvian regions.  The severity of these fires can be monitored on a daily basis, and are updated using data supplied by NASA’s Terra and Aqua satellites.

The practice of using fires to clear parts of the Amazon for agricultural purposes is by no means a new one. Paleoecology (the study of the interaction of organisms and their environments over “geologic timescales”) research has shown that this technique has been employed before, which perhaps is why some areas are now more vulnerable to the current fires, however what distinguishes the two practices is that it seems the ‘Ancient Amazonian inhabitants’ had a way of burning the land for agriculture, without completely decimating the tree population (National Geographic, 2019). Based on the most recent samples (sequences) taken from the Amazon, it has been observed that “there is virtually no natural fire in the Amazon”. Mark Bush, a professor of paleoecology at the Florida Institute of Technology ascertains that the fires are “a completely foreign, game-changing piece of ecology. It affects everything from top to bottom in that system, and it will take many years for those plots to recover to anything that’s recognizable as rainforest (2019).”

While fires and low intensity burning may have been used relatively successfully in the past for forest clearing and agriculture, it does not mean that they should be utilised on a much greater scale now. A rapidly expanding global population has exponentially increased the need for agriculture, which in turn requires vast amounts of land. In 2006 the Public Forest Management Law was put into place in order to reduce deforestation, and in 2008 further measures were implemented to do the same. However, Brazil’s current administration has placed an enormous amount of emphasis on agriculture and in doing so, has been far more lenient on the enforcement of deforestation measures previously put in place by their predecessors.  While the Amazon may not actually be the ‘lungs of the Earth’ due to its maximum oxygen output capabilities, it is still the world’s largest rainforest and as such, any damage done to it will undoubtedly have an environmental knock-on that will affect us all in the long run in ways we can’t possibly comprehend until it’s too late.