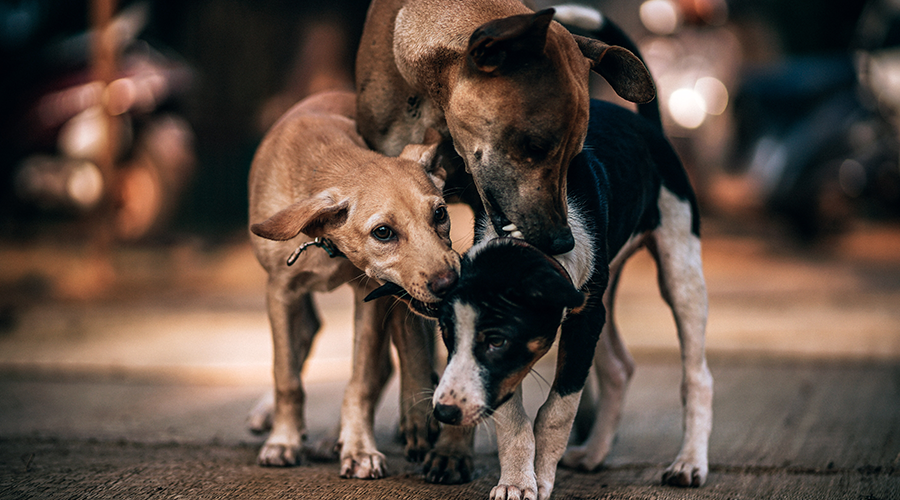 The rabies virus is defined as a ‘zoonotic’ disease which means that it is transmitted from animals to humans and is most commonly associated with dogs. This is largely due to the fact that in approximately 99% of all logged human rabies cases, the disease is “transmitted via dogs” which the sufferer has come into contact with through living in areas that are considered particularly high risk as they are exposed to the ‘canine-rabies endemic’ (WHO, 2018). It is estimated that “on average, 60 000 people die from rabies annually, and more than 15 million people receive post-exposure prophylaxis every year” (WHO, 2018).

Generally, the rabies virus is contracted through wounds inflicted by a rabid animal, whether it is through a scratch or something that breaks the surface of the skin, or through a bite from an infected animal. Once a person has been contaminated, the virus begins to replicate in the affected area and makes its way to the central nervous system. When this occurs, the virus then manifests itself in clinical symptoms such as encephalitis and meningoencephalitis which are two forms of acute inflammation of the brain. Other physical symptoms include heart problems, issues with breathing and swallowing as the body’s ability to regulate breathing is also compromised. The incubation period for the virus can range anywhere between two to three months, however, death can occur within two weeks of the manifestation of the clinical symptoms if immediate and intensive medical treatment does not occur.

Since December 2017 there have been five documented and confirmed cases of human rabies in South Africa (NICD, March 2018) with the cases recorded in Mpumalanga, Limpopo, the Eastern Cape, Kwa-Zulu Natal as well as the Free State. Half of the cases involved a direct exposure to rabid dogs resulting in two child fatalities in Kwa-Zulu Natal, and with two further cases associated with cats and a third case of clinically diagnosed rabies and a subsequent fatality, was also linked with an exposure to a potentially rabid domesticated cat. With the recent outbreak in South Africa and a rise in the number of cases in Kwa-Zulu Natal particularly in Empangeni and Richards’s Bay, the local authorities have had to ramp up preventative methods in order to minimise the spread of the disease. According to Khaye Nkwanyana, the departmental spokesman; “The department has been on a massive vaccination programme since October last year which began in Ndwedwe‚ Durban‚ and has proceeded to both the south and north coasts of the province‚ especially in rural areas. Our state vets are hard at work in this regard.”

It is the department’s recommendation that in the case of a dog or a cat bite, immediate medical attention be sought out in order to ensure that the risk of contracting rabies is diminished. By law, in South Africa, all domestic animals have to be vaccinated for rabies. It is essential that all pet owners adhere to this, as getting your animals vaccinated is the best and first line of defence.