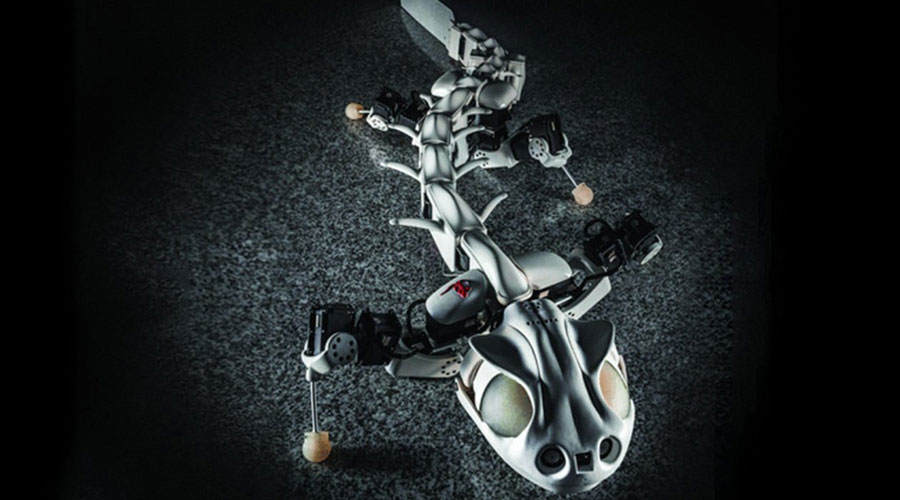 Biobots are by definition “hybrid machines that have muscles and nerves”. Biobots are an exciting, more recent development as they have numerous potential applications in the medical and environmental fields, with one idea being that biobots will be utilised to carry out specified tasks and explorations within the human body. Many universities have been actively researching and developing multiple forms of biobots in order to explore their potential of successfully carrying out the intended theorised use cases. In 2019 researchers at the University of Illinois developed “soft, biological robotic devices that are self-driven using light-stimulated neuromuscular tissue and have intelligence, memory, and learning ability. The work brings researchers a step closer toward the development of autonomous biobots.” The project leader, Taher Saif believes that “This is the first milestone towards intelligent biobots that make themselves through self-assembly”.

“Muscle cells mixed with an extra cellular matrix is dropped on the tail part, where muscle cells form the muscle tissue by self-assembly,” Saif told Design News. “Neurons are placed on the head part of the swimmer from where they spread out and form junctions with the muscle. These neurons then fire and make the muscle contract.” Outside of the University of Illinois, researchers at Tuft University and the University of Vermont have been working on variations of biobot technology. Michael Levin of Tuft University intends to do this by essentially “rewriting” what he calls the “software” of the animals ‘genomes’, particularly that of their cellular communication in order “hack their bioelectric code.”  Michael Levin and his chief collaborator Josh Bongard have been working on creating biobots that are lab-made and consist of stem cells from frogs as well as their skin and muscle. Between the two of them, they have been working on solving an issue that has long been well-addressed by the animal kingdom – the ability to adapt to life with a missing limb, or better yet – regenerate one. This is something that artificial intelligence robots seem incapable of doing. Therefore by adding an element of biology to the artificial intelligence system, their potential ability to fulfil similar functionalities is greater.

Although researchers are making great strides in this field, particularly the likes of Levin and Bongard, who are being funded by the Pentagon’s Defence Advanced Research Projects Agency (DARPA) as part of their Lifelong Learning Machines programme. We are still a long way off using biobots in medicine, as there are significantly more hoops to jump through and more red tape to navigate versus use cases for environmental purposes. Despite this, researchers like Levin are optimistic about their technology and believe that “biobots don’t need to leave the lab to make life better” as they are already serving a purpose by answering some of the more “basic questions” we have around science.