Effective Emoji’s in the workplace 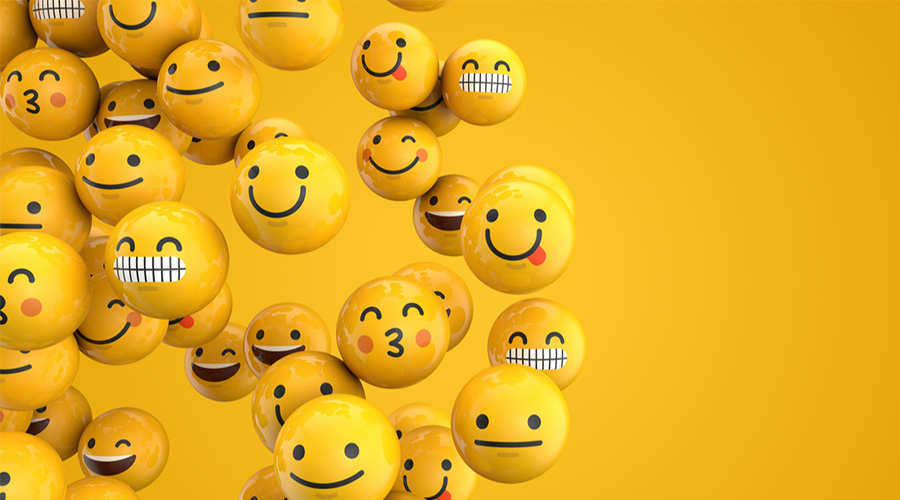 Effective Emoji’s in the workplace

When last did you send a Whatsapp, post a picture on Instagram, a video on TikTok or post a birthday message on someone’s Facebook profile without popping in a few emoji’s? Sometimes it seems, that our messages are almost entirely comprised of emoji’s – as they have become ingrained in all our digitised forms of messaging and online communication. Emoji’s, as the name suggests are essentially how we convey ‘emotions in symbolic or picture format’ in messages, they can streamline our responses by replacing text with picture acknowledgements and the symbols can become almost idiosyncratic in terms of our communication style and the frequency with which our preferential emoji’s are used.

Before emoji’s however, came the emoticon. The first being documented as an accidental misprint in the New York Times in 1862 when the printed transcription of one of Abraham Lincoln’s speeches contained a smiley face comprised of a semi-colon and half a bracket :). In 1881, the first ‘intentional’ emoticons arrived on the scene through the publication of a satirical American magazine that featured an article on ‘Typographical Art.’ Let’s fast track to 1999 where Japanese artist Shigetaka Kurita, in the hopes of creating simplified messaging, created the first set of 176 emoji. With many steps and variations along the way, in 2011, Apple finally incorporated an emoji keyboard into their IOS5 launch, therefore allowing all users’ access to emoji’s without requiring a separate app to do so. In 2015, the Oxford English dictionary highlighted how integrated emoji’s had become into our everyday communications by announcing that the word of that year was actually “face with tears of joy.”

Now just because we can and do use emoji’s liberally, doesn’t mean we should in all contexts. Are emoji’s appropriate for use in the workplace, or in a more professional setting, and if so, when, how and what emoji’s are okay to use with your colleagues – and is it ever okay to use them with your clients? With the rise in popularity of work-based Whatsapp groups and the emergence of company communication channels such as Slack, it can be relatively easy to misconstrue a well-intentioned winking face or thumbs up, which often comes across as sarcastic, passive aggressive or uninterested. However, they can also be useful when trying to convey certain tonalities in messages to colleagues or when asking for a friendly favour. Clients on the other hand may be less receptive, especially in corporate environments as it may come across as being a tad over-familiar versus professional. This too can depend on the industry and client-company relationship.

As a guideline though, these emoji’s have been deemed (at least somewhat) workplace friendly according to the ‘professionals.’ The one hundred point’s emoji (or 100% as some of us see it) can be a great way to indicate that you are “on board” or back an idea 100% according to CEO of MyCorporation Deborah Sweeney. The ‘bulls eye’ or target emoji is also used frequently in an office setting to indicate that an employee is ‘on target’ or ‘on the money’ says N.J., CMO of Majesty Coffee, who uses it to “emphasise to his teams to be focused on our own respective tasks.” At the end of the day, it’s up to you and your assessment of the situation, context a relationship that should provide the basis for your use of emoji’s in the workplace. It may be a great ice-breaker, or make for an extremely awkward next meeting or client interface, so use your emoji’s sparingly and wisely.