From petri dish to poultry 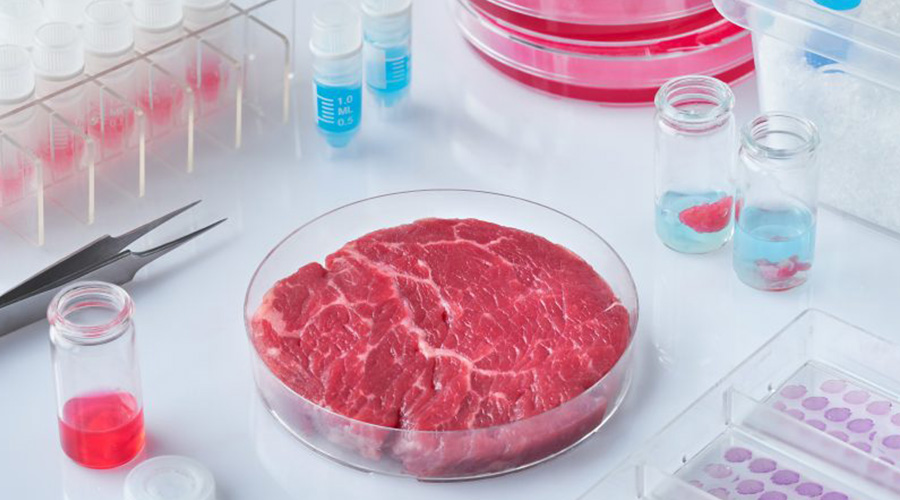 From petri dish to poultry

From meat free, plant based and now lab made meat – the search for meat alternatives continues and it has officially hit South African shores with two locally based companies; Mzansi Meat Co. and the Mogale Meat Company wanting to be a part of the international laboratory league. The idea behind ‘cultivated meat’ is to provide a viable alternative to the current traditional agricultural equivalent, that is taxing both environmentally, economically and ultimately ethically in terms of its treatment of the animals before they are bred and slaughtered for consumption. This will be done by ‘’growing the meat in bioreactors in a laboratory from the relevant cell proteins in order to replicate the texture and taste of the original without having to factor in all of the above.

Another major consideration behind the motivation for ‘meat-free’ meat alternatives is overpopulation, with world population projections estimating that the world will hit the 8.5 billion mark by 2030, with Africa estimated to contribute 1.3 billion of that alone by 2050. With a population that size, it is unlikely that the planet will be able to sustainably cater to such large numbers through agriculture the way it currently stands, this brings global food security into the spotlight. The South African population might be one tough crowd to convince as lovers of shisanyama and a good braai being a weekend staple, will lab grown be the same, what is cost, and where do we start? Dr Paul Bartels, founder of Mogale Meat Company, and a wildlife veterinarian with a keen interest in bio-banking and reproductive technologies believes that we will need to start small; “probably the easiest [to make] is your typical ground meat mincemeat product that one can produce, which can be made into various products. And then of course, the gold standard one day is going to be that whole cut steak produced as a whole construct.”

Bartels wants to play a role not only in ‘counteracting’ the inflation of meat costs, but also in conservation. His idea of meat cultivation is not limited to the everyday supermarket favourites, but he is also looking at “making your better tasting [game] meats, which is species like your springbok, and impala. So, we are working with several wildlife species now. It’s a lean meat; it’s so much healthier than beef.” Mzansi Meat Co. is a Cape Town based company that is also looking to support and commercialise the cultivated meat industry. Mzansi Meat Co.’s wants to make currently less attainable meat i.e. beef more affordable to the majority of the South African population. Brett Thompson of the Mzansi Meat Co. believes that “Within the South African context, most people are only really eating poor cuts of meat, whether it is chicken feet or pig snouts. We want to be able to introduce [cultivated meat] to the people that are getting the off cuts and ultimately create something that will be the same and in a far more controlled and sterile environment.” Mzansi Meat Co. is striving towards having a “prototype” on the market by mid-2022, however there is still a long way to go before something like this can be rolled out in earnest, but it’s a good start.