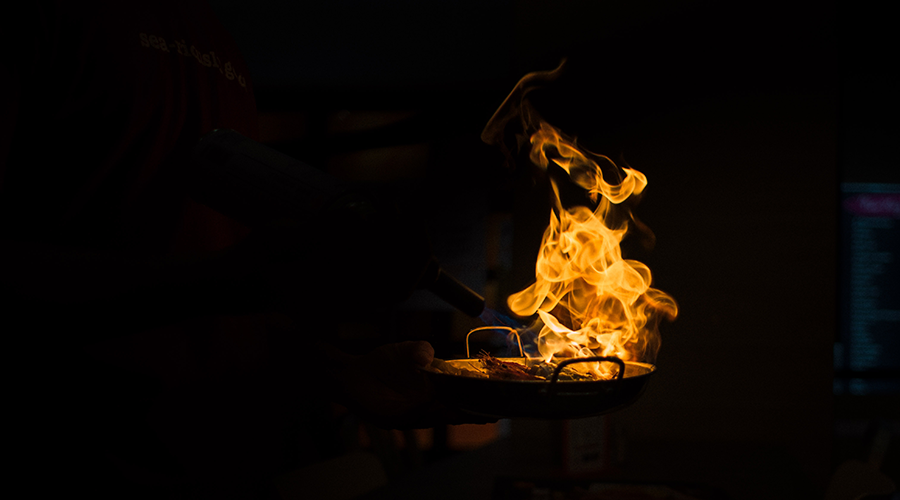 This is quite an interesting topic. Do you know that humans are the only animals that consistently cook their foods? This characteristic is inherent in every culture all over the world, from the most developed country in Scandinavia to the most primitive tribes deep in the Amazon rainforest. But when was this trend developed, and why have humans gone from eating raw produce to studying food and beverage management in universities like VUT? Let’s take a look at food sciences and the evolution of food for humanity.

When did we start cooking food?

Scientists have been battling with this question for many years, and while there may be early evidence of a few early hominids cooking their food, it is only quite recently that humans introduced cooking into their everyday traditions and cultures.

Scientists have found evidence of cooking in the Wonder Caves in South Africa. Evidence includes burnt bones and a simple hearth. However, this evidence belonging to early Homo Erectus is considered older than 400 00 years old, and many scientists believe that cooked food had yet to become common cultural practice. The world’s leading primatologists believe that the answers to this question lie in our genetics.

The best way of identifying when humans began eating cooked food more regularly is by analyzing our ancestors’ fossils. One trait that exposes our habit of eating cooked foods is the relatively small size of our teeth. The shrinking of our teeth could only have occurred when eating foods that are easier to digest, such as cooked meat, roasted vegetables and softened grains.

Hominid fossils show a definite trend toward shrinking teeth around 200 00 years ago, and small teeth are present in late Homo Erectus, Neanderthals, and early Homo Sapiens. Around the same time, the presence of hearths within the homes of these hominids indicates that they were regularly cooking foodstuffs.

The Benefit Of Cooked Food

So why the change to cooked food? Well, scientists believe that the modern human would not exist without earlier hominids making use of heat and fire to prepare food. Compared to other primates humans have very large brains and very small stomachs. Our large brains use an incredibly large amount of energy, and to sustain our brains we would need to consume food on a continual basis (much like the great apes spend their lives doing).

By cooking meat, we melt fats between muscle tendons. This, in turn, helps activate and distribute amino acids which help tenderize the meat. This makes our meat easier to chew and digest. Furthermore, cooking both meat and vegetables helps release minerals and vitamins a lot quicker, and many grains (which now form the basis of the human diet) could not be enjoyed at all without being cooked first.

Cooking has become an important human trait, and the process of preparing food before eating it has opened doors for human advancement. Whatever challenges scientists may argue over regarding the timeline of cooked foods in human culture, the importance of cooked food is not lost. We have come to a point whereby some humans spend their lives cooking food and honing their craft. Others spend their time studying the processes involved in the food preparation process. Whatever the case, life wouldn’t be the same had early humans not put food over an open flame.

If you enjoy understanding and managing the handling, processing, and distribution of food in modern societies, then make sure you find out more information about a research/postgraduate degree in food and beverage management or food service management. Contact VUT today to find out more!