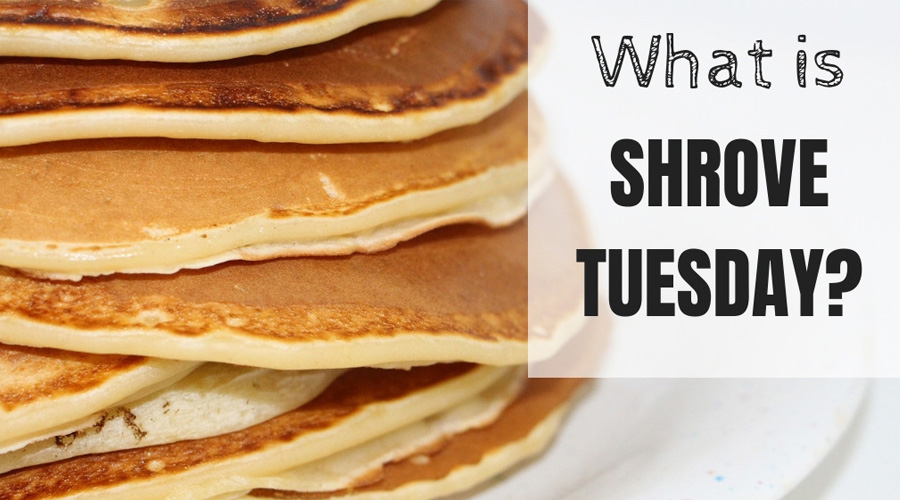 Shrove Tuesday, also known as Pancake Tuesday or Pancake Day, is a day that features prominently in the Christian calendar and Western churches. It directly precedes Ash Wednesday, which generally occurs between the 2nd of February and the 9th of March depending on the day that Easter falls on. The term ‘Shrove’ is derived from the word ‘shrive’ or ‘shriven’, which refers to the process of ‘confessing ones sins’ before going into Lent. Ash Wednesday in turn, marks the beginning of Lent which in the Christian calendar is aimed at being a 40-day long fast and reflection period in which a ‘sacrifice’ is commonly made in order to replicate Jesus Christ’s withdrawal into the desert. Nowadays Lent is generally observed by dedicated Christians and Catholics alike, however many non-dedicated participants of the Western church and religious systems observe Lent too by giving up something that is considered a luxury food item, which originally used to include foods such as dairy, fish, eggs and meat. However in more modern times, Lent entails ‘sacrificing’ or giving up a something – particularly food that is loved or significant enough to have the desired impact. These can be simple things such as chocolate, carbonated drinks, sweets, fast foods, even alcohol and cigarettes.

With all that in mind, what makes pancakes so special, or even remotely biblical, and why do we associate them with Shrove Tuesday? The answer is in fact pretty simple and makes a lot of sense based on what used to be constituted as ‘luxury food’ items. On the Monday before Ash Wednesday, the meat in the house would be consumed. So on Tuesday, before Lent the rest of the highly-regarded food items would also need to be consumed and the easiest way to do this was to make a batter of sorts from the dairy and eggs, this batter became synonymous with fritters and in particular, pancakes. By consuming them the day before Lent, it ensured that all ‘temptation’ was effectively removed from the home for the duration of Lent. There is also some speculation that the pancake aspect of Shrove Tuesday may have some Pagan origin or reference, with the spherical pancake representing the sun.

Whether you partake in the Christian religious system or not, Shrove Tuesday, or more popularly Pancake Day, is as good an excuse as any to whip up a batch if you have the following ingredients at your disposal: 1 cup cake flour, 1 teaspoon of baking powder, a pinch of salt, as teaspoon of sugar, 2 eggs, 2 cups of milk, sunflower oil to cook and some cinnamon and sugar to sprinkle over for taste. For the full recipe, visit: https://www.foodandhome.co.za/recipes/easy-pancakes