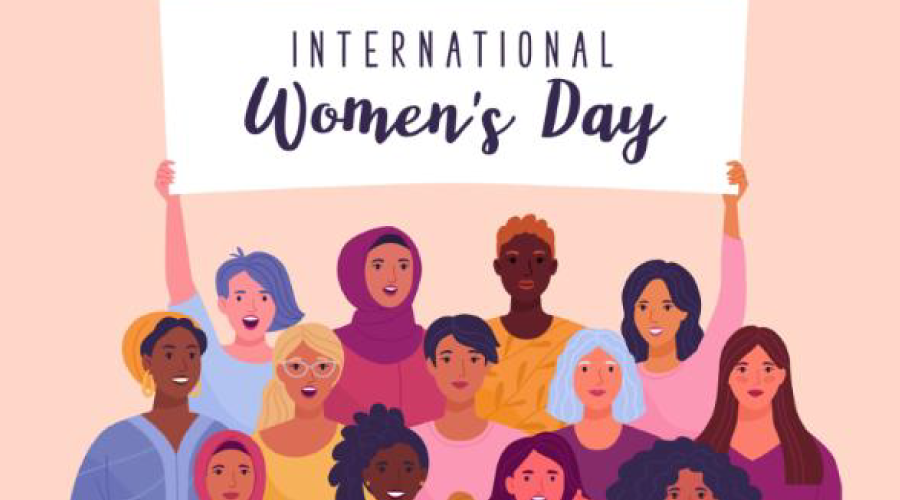 On the 8th of March annually, we celebrate International Women’s Day, it is a day when we pay homage and celebrate the “social, political and economic achievements of women” worldwide. The idea is that women around the world come together on this day in order to acknowledge how far we’ve come and how far there still is to go in order to achieve equal treatment and representation.  Each year there is a different theme that is representative of certain ideals or ideologies as well as collective goals that the community strives towards in order to close the gap. This year’s theme was “Gender equality today for a sustainable tomorrow” which took the shape and form of hash tag #BreakTheBias on social media in accompaniment to pictures of women and men alike holding up their arms in a cross in order to signify the breaking of barriers and breaking the bias. This year’s theme calls on “people to work towards a world that is equitable, inclusive, and free from bias and discrimination so the playing field is levelled for women moving forward.”

Sima Bahous, who is the executive director of UN Women, said on the day that “We have today the opportunity to put women and girls at the centre of our planning and action and to integrate gender perspectives into global and national laws and policies.” The day actually dates back over a century ago since the early 1900s. In 1909 the first National Women’s Day was observed in the United States on the 28th of February as declared by the Socialist Party of America. In 1910 at the second International Conference of Working Women that was held in Copenhagen, a woman by the name of Clara Zetkin tabled the notion that at least once a year in every country there should be a day that women have specifically dedicated to them in order to “press for their demands”, or, an International Women’s Day so to speak. In 1911, the resultant suggestion from the year previously was finally realised and the first International Women’s Day was celebrated in Austria, Denmark, Germany and Switzerland for the first time on the 19th of March. Between 1913 and 1917, Russian women came to the fore in terms of their drive for peace ahead of the First World War In 1914, and it was agreed upon that the day would be marked annually on the 8th of March.

Fast track to 1975, the United Nations acknowledged International Women’s Day for the very first time, and in 1996 the very first themed International Women’s Day was observed globally. The theme for this year was “Celebrating the past, Planning for the Future.” While women have come a long way since the first documented day that truly highlighted the need for awareness around equality or the lack thereof, there is still a long way to go before we can call our society, what the feminists of the 1970s would deem even remotely equal. According to the International Women’s Day organisation, “The unfortunate fact is that women are still not paid equally to that of their male counterparts, women still are not present in equal numbers in business or politics, and globally women’s education, health and the violence against them is worse than that of men. However, great improvements have been made. We do have female astronauts and prime ministers, school girls are welcomed into university, women can work and have a family, women have real choices. And so each year the world inspires women and celebrates their achievements.