LIFE IS PLASTIC AND NOT SO FANTASTIC 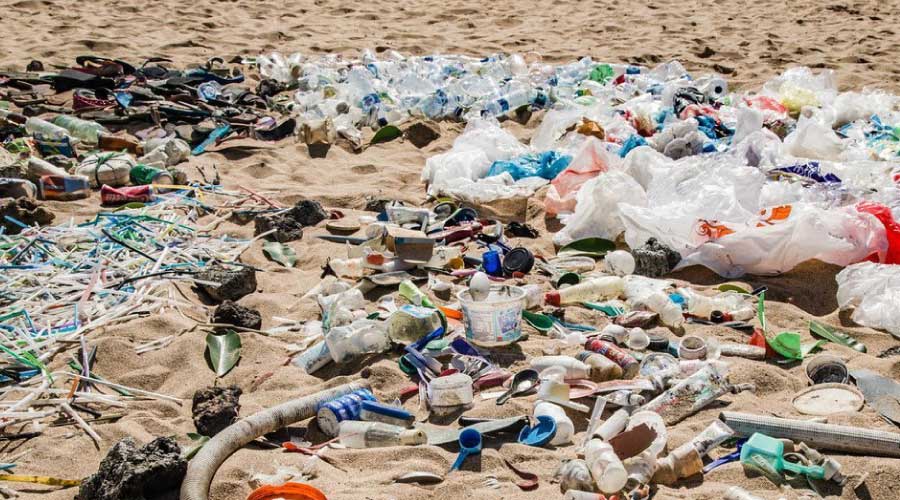 LIFE IS PLASTIC AND NOT SO FANTASTIC

By now, we’ve all heard of the ever-pervasive issues around microplastics and the prominent role that these play in planetary pollution. The reason they are so problematic is largely due to their increasing prominence in spaces that have a direct impact on us as human beings – whether that is the products that we use and consume on a daily basis, our ‘natural habitat’, food sources, and now for the first time – scientists have actually discovered them within the human body, therefore demonstrating just how inescapable and present they are in our everyday lives and the things we come into contact with on a daily basis.

Microplastics, as the name might suggest, are miniscule plastic particles that are less than five millimeters across in size and originate from a multitude of different sources including the likes of plastic packaging, skincare products, clothing, home products as well as many, many more. Given their size and presence in a large percentage of manufactured goods, it is sad but unsurprising that microplastic particles cannot be confined to specific geographic locations, and have even been detected in some of the world’s most remote locations such as the Arctic and even Mount Everest. Microplastics are chemically comprised from “petrochemicals extracted from oil and gas products.” Taking this composition into account – microplastics pose a major risk not only to aquatic and sea life, but now for the first time ever they’ve been detected in human blood, proving just how prolific they are in the products that we are continuously exposed to.

These particles can contain harmful chemicals such as mutagenic or carcinogenic which can cause cancer as well as DNA damage which ultimately has a knock-on effect inter-generationally. At this time though, scientist are just coming to understand the exact nature of our daily exposure to microplastics, and how the potentially harmful organic compounds will affect us and our health long term.  Based on a recent study conducted by Professor Dick Vethaak, an ecotoxicologist at Vrije Universiteit Amsterdam in the Netherlands, “Our study is the first indication that we have polymer particles in our blood – ​it’s a breakthrough result. But we have to extend the research and increase the sample sizes, the number of polymers assessed, etc.” “It is certainly reasonable to be concerned,” according to the Professor as “The particles are there and are transported throughout the body.” The real question though, according to Vethaak is around “what is [actually] happening in our body? Are the particles retained in the body? Are they transported to certain organs, such as getting past the blood-brain barrier? And are these levels sufficiently high to trigger disease? We urgently need to fund further research so we can find out.”