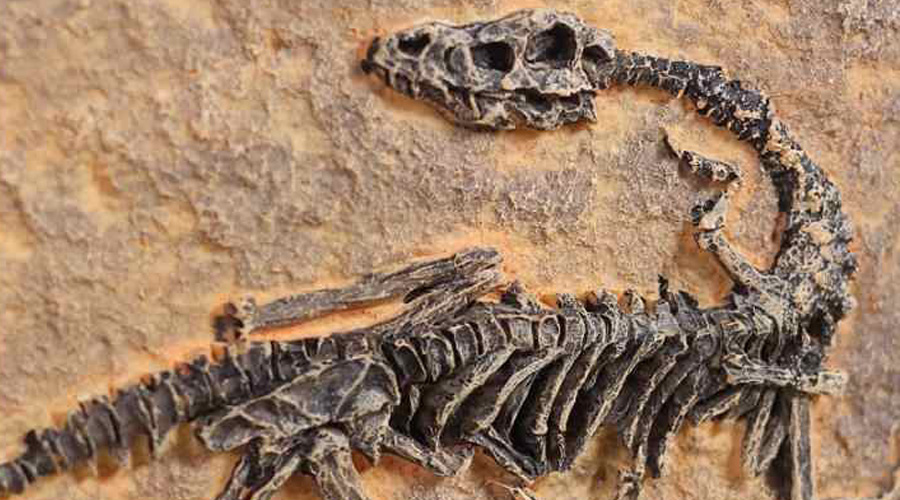 A new dinosaur species has been discovered in the vaults as part of a 30 year old fossil exhibition at the University of the Witwatersrand. The fossil in question is not a new discovery, as far as fossils go, and has been a part of an exhibition at the University’s Evolutionary Studies Institute after it was originally found in 1978 at a farm in Fouriesburg in the Free State. However, only recently has it come to light that the fossil was actually misidentified as it was initially thought to be a specimen of Massospondylus. Massospondylus was an omnivorous dinosaur that existed during the early Jurassic period (approximately 204 – 208 million years ago) and one which was also found in South Africa, Lesotho and Zimbabwe. It formed part of the Sauropod grouping of dinosaurs, which by definition were “lizard-hipped”, quadrupedal (four-legged) with long necks and long tails (Berkeley University). The most famous of the Sauropod dinosaurs is undoubtedly Massospondylus’ earlier ancestor the Diplodocus dinosaur – a common feature in the Jurassic Park movies. The Sauropods were also not known for their large brains, as they had relatively small skulls perched upon their long necks.

As it turns out however, the almost complete fossil that was previously identified as a Massospondylus years earlier actually belongs to a completely different species of dinosaur as well as a different genus (biological classification) in comparison to that of the Massospondylus, which can mainly be attributed to the differences in skull and bone size. Nevertheless the two are similar enough to have been considered the same species for quite some time. The discovery, or rather the distinction was made by Professor Paul Barrett of the Natural History Museum in London, and PHD student Kimberley Chapelle. The dinosaur has since been named Ngwevu Intloko which is an isiXhosa term meaning ‘grey skull’. Much like the Massospondylus, the Ngwevu Intloko was also approximately four metres in length from head to tail and was estimated to weigh up to 300kgs (Business Insider, 2019). Ngwevu is also hypothesised to have been an omnivorous dinosaur. The unearthing of the fossil is exciting due to the fact that until now, Massospondylus was thought to be one of the only “sauropodomorph dinosaurs” in South Africa.  The discovery of the new species brings the number of dinosaur species found in south Africa so far to eight, including those that fall under the Euornithopods (walked on two legs)  and small theropods (smaller dinosaurs that walked on two legs and often had feathers), however most of the species discovered so far are of the four-legged variety.

The reason that this species is so interesting, according to Professor Barrett, is “because we thought previously that there was really only one type of sauropodomorph living in South Africa at this time. We now know there were actually six or seven of these dinosaurs in this area, as well as variety of other dinosaurs from less common groups. It means that their ecology was much more complex than we used to think. Some of these other sauropodomorphs were like Massospondylus, but a few were close to the origins of true sauropods, if not true sauropods themselves (Science Daily, 2019).”