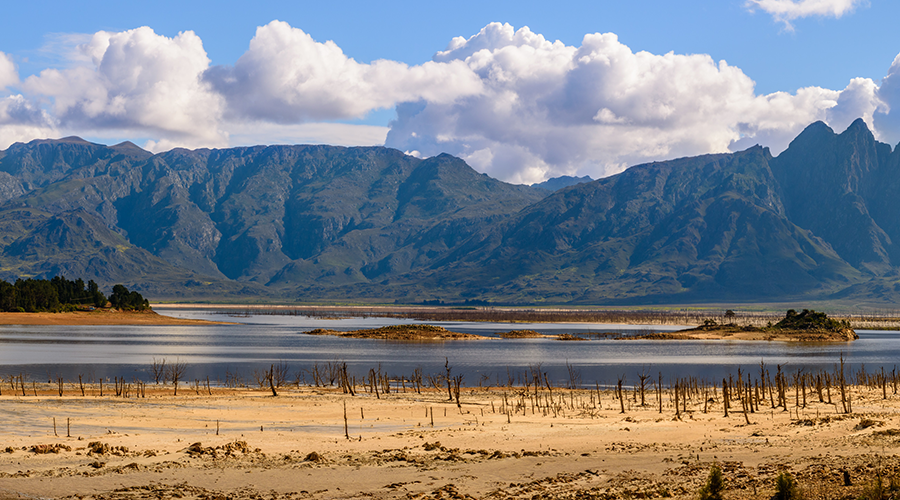 With taps predicted to run dry on 11 May 2018 due to the water shortages caused by Cape Town’s drought, Day Zero is fast approaching. With uncertain rainfall predictions for winter and the risk of over capacitating the system (at a significant cost to the ratepayer), the City of Cape Town had to start investigating alternative solutions for producing water. As such, three desalination plants have been erected across Cape Town, with another five plants in the pipeline. Water desalination is the process of removing excess salt and other minerals from seawater, making it fresh and safe for drinking and for household usage. With over 71% of the Earth’s surface is covered with seawater, a process such a desalination is something to be considered for countries in times of drought.

There are several contributing factors (minimal winter rainfall in the catchment areas, lack of planning for water storage facilities and alternative means of accessing water, as well as an increasing population to name a few) that have led to the water crisis in Cape Town. If the City of Cape Town had looked at desalination plants years ago we might be in a different situation today. Whatever the reasoning, desalination plants were only considered late last year with the first plant only starting construction at the Waterfront in December 2017 with another two going up in Strandfontein and Monwabisi shortly afterwards. Each of the above-mentioned sites will initially produce two million litres each a day – with the potential to reach 7 million litres if expanded. The city’s demand is almost 600 million litres. So, if anything, the desalination plants will only help Cape Town limp through the drought. While this may not be the most effective answer to all their water problems, it will certainly provide them with some relief. The desalination sites will allow the plants to easily draw the water from the sea. Once the water has been drawn, it goes into a holding tank which includes a filter consisting of anthracite and gravel. It will also be treated to algae, organic minerals and other particles here. Once the water has been treated, it runs through a micro-filter to remove even smaller, microscopic impurities. This water is now free of almost all impurities, except dissolved salts and minerals. From here, the treated water is transferred to the heart of the plant where the reverse osmosis takes place. This is where the salt, minerals and other remaining impurities are removed through semi-permeable reverse osmosis membranes. The water is pushed through these membranes under high pressure, and then membranes then act like strainers. Once the water has gone through the reverse osmosis process, it is nearly ready for consumption. Chlorine is added to disinfect the water, along with other beneficial minerals, and the water is ready for consumption. The water is then pumped into dams and reservoirs where it added to the regular supply and ultimately ends up coming out your tap.

While there are some concerns as to what happens to the salt and brine that has been filtered from the water, David Green, V&A Waterfront chief executive officer, has explained that at “peak we have about 7m tidal waves, which means that there is no issue in terms of marine life, the brine is cleared immediately.”. Each plant should have a working life of about 2 years, and will potentially be able to supply the City of Cape Town with up to 7 million litres of usable water daily. The process of desalination is used successfully in other countries all over the world, and once effectively implemented in Cape Town it should prove to be a welcome aid in providing usable water.