Sniffing out malaria one parasite at a time 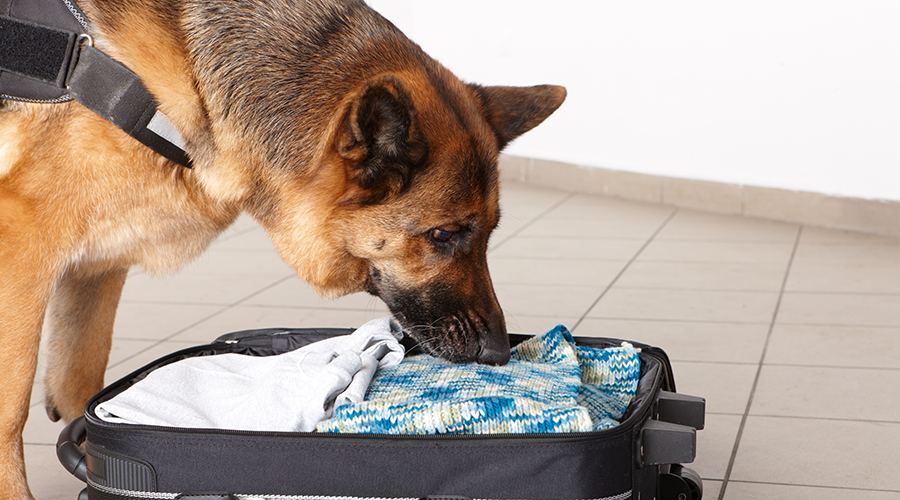 Sniffing out malaria one parasite at a time

Dogs aka ‘man’s best friend’ are known and loved for many of their furry characteristics. They are employed in multiple service-based industries for their ability to be trained to perform specific tasks upon command, for protection and particularly for their keen sense of smell. Dogs are also used widely as aids for the blind as well as those who are physically and mentally handicapped. Due to their ‘sniffing’ capabilities, dogs are commonly used in the police force, military and in airports – industries that capitalise particularly on their sense of smell. Dogs are used to sniff out hidden illegal substances on a daily basis.

Now however for the first time, a study has uncovered a potentially life-saving sniffing ability, and it involves your socks. New research has revealed that dogs are able to ‘sniff out malaria’ with approximately 70% accuracy by getting a good whiff of the infected child’s socks. The research was first presented at the American Society of Tropical Medicine and Hygiene’s annual meeting in October this year. According to the study, nine out of ten times, the dogs were able to establish whether or not the child had malaria.

Malaria is a disease spread by the Anopheles mosquito that is responsible for carrying and transmitting the Plasmodium parasite to humans. Although malaria is a treatable and preventable disease, more than half the world’s population is at risk of getting malaria, although there is only one mosquito that carries the parasite that can transmit the disease. Over 80% of the malaria cases reported, and 90% of the worlds fatalities occur in Africa and it is are estimated that one child dies every minute in Africa from malaria (National Institute of Communicable Diseases). In 2016 there were 216 million reported cases of malaria and 445 000 deaths (World Health Organisation’s World Malaria Report).

Researchers from the United Kingdom and Gambia collected socks worn by predetermined healthy children who ranged in age from five to fourteen year old from the western African country. The children also supplied corresponding blood samples in order to be tested for malaria. The study was conducted using 175 sock samples, of which 30 were determined to belong to a child with malaria. Steve Lindsay, a bioscientist at the University of Durham in the United Kingdom observed that “while [their] findings were are at an early stage, in principle we have shown that dogs could be trained to detect malaria infected people by their odour with a credible degree of accuracy”. The two dogs trained for the study were Lexi, a Labrador cross and Sally a Labrador. This new detection method could in future “provide a non-invasive way of screening for the disease at ports of entry in a similar way to how sniffer dogs are routinely used to detect fruit and vegetables or drugs at airports. That could ensure that people, who may be unaware that they have malaria, receive treatment”.

While further and more expansive research is required, into this new malaria detection method, it provides an interesting alternative to a widespread problem.