Taking Tech to the streets to combat COVID-19 in Shanghai 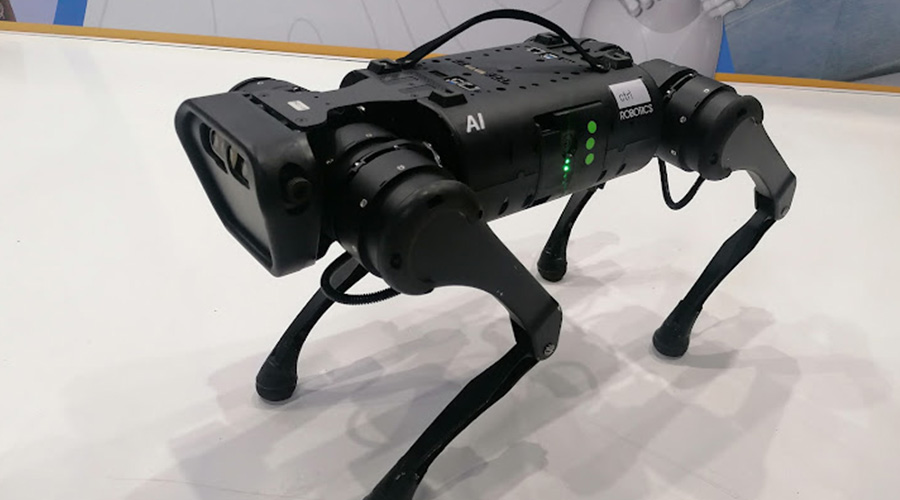 Taking Tech to the streets to combat COVID-19 in Shanghai

Shanghai has taken their COVID-19 preventative measures and monitoring to a whole other level by capitalizing on technology in its various forms. Most notably of course, is by using a robot dog whose job it is to patrol the streets and remind the city’s citizens to abide by the mandated COVID protocols. The robodog does this through the loudspeaker that is attached to its back that issues reminders such as “wear a mask”; “wash hands frequently” and “check your temperature”. These ‘reminders’ are currently directed at the residents of Jiading district in Shanghai in alignment with the current lockdown measures imposed due to the most recent wave believed to be driven mainly by the BA.2 variant.

As a refresher to those of us who haven’t been keeping track of the new subvariants as closely as the rest, the BA.2 variant is an Omicron sub-variant that differs slightly in the following ways according to the World Health Organisation (WHO): “in its genetic sequence, including some amino acid differences in the spike protein and other proteins. Studies have shown that BA.2 has a growth advantage over BA.1.  Studies are ongoing to understand the reasons for this growth advantage, but initial data suggest that BA.2 appears inherently more transmissible than BA.1, which currently remains the most common Omicron sub lineage reported.”

Jiading’s robodog is not the only means of ensuring the strict lockdown policies are adhered to by citizens – it has been reported that drones too are being used in these efforts in order to enforce the law through continuous iterations of instructions such as “Please go home immediately, or you will be punished in accordance with the law.” The entire populous of approximately 26 million people is divided into eastern and western regions. Notably there are some differences between the lockdown protocols imposed by each. The eastern half was locked down between the 28th of March and 1st of April whereas the western half was only instructed to lock down for four days. One of the most controversial instructions issued by authorities was an order that stipulated that “all indoor pets belonging to COVID-19 patients were to be destroyed.” Thankfully this instruction has been discontinued, however it is unclear if any animals were actually destroyed over this period and if so, how many.

Other requirements included Shanghai citizens having to take an additional two COVID tests in order to accurately showcase their COVID status with officials stating that the situation has been particularly “complex” as of late and that the “task of prevention and control is extremely arduous” hence the need for out of the box thinking and preventative measures. It will be interesting to see if any other countries follow suit in the use of robots to enforce COVID-19 protocols.