The buzz about energy drinks 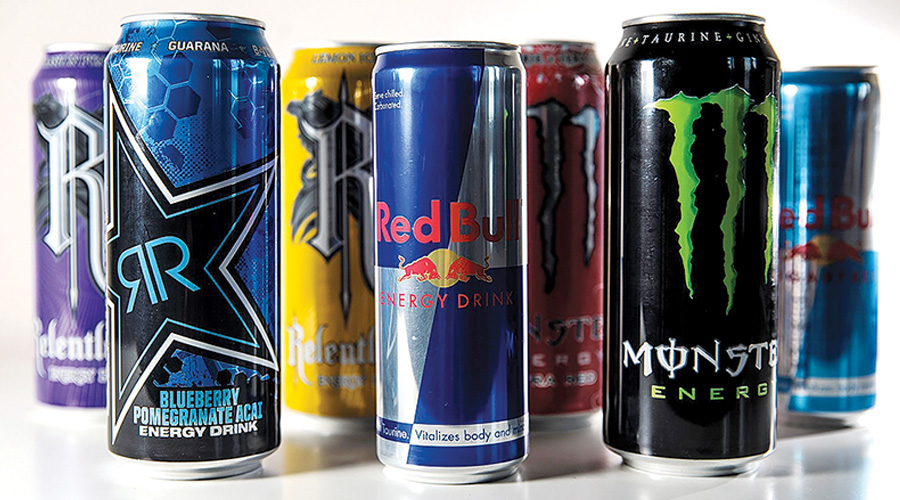 The buzz about energy drinks

As a student, energy drinks are par for the course when it comes to pulling all-nighters, exam-cramming, last minute assignments and staying awake in lectures. Energy drinks are consumed in order to give us that extra Guarana-boost or caffeinated-push; they have also become synonymous with giving us ‘wings’. Energy drinks have long superseded their original purposes and are now consumed in a multitude of fashions, including as a rather lively mixer for alcoholic drinks – the combination of the two is one that is not regularly endorsed by doctors or any medical professionals for that matter. These seriously stimulating drinks are pumped full of chemicals like caffeine, taurine, ginseng and Guarana which are all deemed ‘energy enhancing’ substances, and of course plenty of chemically–based flavourants to boot.

Energy drinks are not only purposed as increasing energy and enhancing physical performance, but also mental performance and alertness too. So far so good, right – so where’s the downside? Well, in order for energy drinks to achieve their cleverly marketed performance promises, the substances that they are comprised of need to have pretty strong chemical reactions in the body. Like most things, if consumed in moderation – energy drinks may deliver the desired effect, however this is not always the case and is largely dependent on how they are consumed, the quantity in which they are consumed and what they are mixed with. A person’s reaction to an energy drink can also be genetically determined, especially if the consumer has a pre-disposed heart condition.  Some of the side effects of energy drinks particularly those that have been ‘excessively’ consumed include dizziness, heart palpitations, nausea, high-blood pressure, tremors, headaches, insomnia, chest pains, gastrointestinal upset and in some rare instances, even death.

Besides the adverse effects of overconsumption another issue regarding energy drinks is their regulation, or rather lack thereof. According to the World Health Organisation the problem lies in the fact that “energy drink sales are rarely regulated by age, unlike alcohol and tobacco, and there is a proven potential negative effect on children, there is the potential for a significant public health problem in the future”. In terms of who consumes the most energy drinks, the European Food Safety Authority estimates that a whopping 68% of adolescents consume energy drinks, while only 30% of adults consume them on a regular basis. The study also approximated that 18% of children under the age of 10 are consumers of energy drinks, which may be a slightly concerning statistic given the potential side effects listed above.

All this doesn’t mean to say that you can’t enjoy the occasional energy drink, or the buzz that you get from it – just drink responsibly.