The fire down under 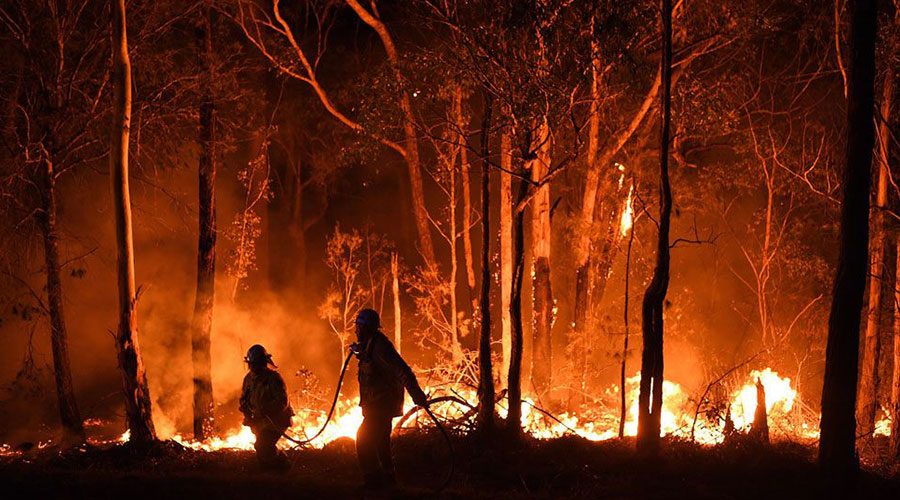 The Fire Down Under

As we enter a new decade we do so with much anticipation for what it may hold. However, unfortunately some of last decade’s climate catastrophes have followed us into the new decade. The most overtly devastating and damaging currently of course is Australia’s apocalyptic bushfires which have been burning since the mid to backend of 2019. Australia, like many countries that lie in the southern hemisphere, is no stranger to bushfires as they occur annually, however this season has undoubtedly been worse than any experienced previously, and with the annual bushfire or wildfire season as its also known is only estimated to peter out around March, which means that the blaze and ensuing destruction is far from over.

The fires, which have been burning since September last year have largely been exacerbated by record high temperatures and an on-going drought in Australia and have been rapidly and effectively spread through strong winds. These factors in conjunction with suspected human interference have resulted in the massive fires spreading far and wide across the country and leading to the biggest human evacuations the country has ever witnessed, particularly across the New South Wales region. According to the latest statistics, 24 people have been killed including three volunteer fire fighters since the start of the blaze, with many more still missing or unaccounted for as yet. Thousands of homes and properties have also been razed to the ground. Undeniably though, the most devastating effects of the fires so far have been experienced by Australia’s native wildlife.

It is estimated that approximately 480 million animals have perished in the fires so far in New South Wales alone, with the death toll rising across the continent daily. The fires have wiped out a third of the already endangered koala population, with heart-breaking videos of those that have been lucky enough to be rescued, circulating social media. At this moment in time, approximately six million hectares which equates to sixty thousand square kilometres of Australian bush veld, forests and national parks has been burned. In New South Wales, the worst hit state, four million hectares of land has been destroyed. If we take this into context, last year’s Amazon fires burned an approximate 900 000 hectares worth of land and in 2018 the devastating fires in California destroyed 800 000 hectares. The area that has been ravaged by Australia’s fires so far supersedes this and currently covers an area almost twice the size of Belgium.

Australia’s current state of disaster is indicative of a much greater, worldwide issue, namely the climate crisis. Australia experienced its highest temperatures to date in December 2019 with an average maximum temperature of 40.9 degrees Celsius. These high temperatures have been attributed largely to climate change which has raised the overall country temperatures by over one degree Celsius which has had a significant impact on the environment and will continue to do so as it rises. As the fires continue to blaze, scientists are concerned that some of the destruction may be irreversible – namely the possibility that entire native animal species will be wiped out in the process. There are many organisations that are working tirelessly to contain the blaze and save as many human and animal lives as possible and prevent the two massive fires joining together to for the dreaded mega blaze.