What do eggs have to do with Easter? 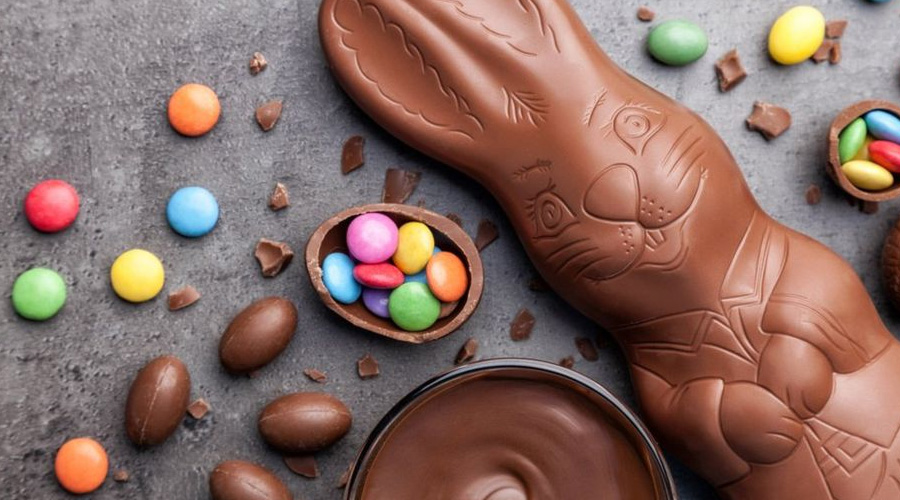 What do eggs have to do with Easter?

Easter Sunday takes place on the 21st of April this year. Depending on the hemisphere, Easter either occurs towards the beginning of spring in the Northern hemisphere, or the beginning of autumn for those who reside in the Southern hemisphere. Easter, as most know it, is a Christian holiday which celebrates the ‘belief’ that Jesus Christ was resurrected on that day. If the New Testament of the Bible is followed, Easter Sunday has become a day of celebration as it is seen as the day that Jesus Christ ‘rose from the dead’ three days after he was crucified. Easter like Valentine’s Day, has also become synonymous with chocolate, and more specifically in Easter’s case – chocolate eggs. How did this come to be though?

To most, the egg in itself makes sense as a metaphor for the resurrection of Christ, as an egg is a sign of birth, new life and fertility hence why it is also sometimes referred to as the “resurrection egg”. This logic ties in well with those who celebrate Easter in the northern hemisphere, as spring too is indicative of new life. With regard to the historical significance of eggs at Easter though, there are several theories as to where the eggs originated and surprisingly their origins may not lie strictly in Christianity. There are two predominant camps when it comes to the origin of Easter and Easter eggs – the one has Pagan origins, whereas the second is more traditionally Christian. It has been theorised that Easter “had its origins as an early Anglo-Saxon festival that celebrated the goddess Eastre, and the coming of spring, in a sense a resurrection of nature after winter.” According to Carol Levin, A Professor of History and Director of the Medieval and Renaissance Studies Program at the University of Nebraska, it is also thought that “some Christian missionaries hoped that celebrating Christian holy days at the same times as pagan festivals would encourage conversion, especially if some of the symbols carried over. Eggs were part of the celebration of Eastre.”

Alternatively, the origin of Easter eggs can be traced to the Christian practices surrounding Lent, which resulted in the ‘sacrificing’ of meat and animal by-products for the duration of Lent, including eggs. Because the eggs would not be consumed during this 40 day period, most would hard boil their eggs in order to preserve them for consumption at a later stage. They were also distributed to those deemed to be ‘less fortunate’ so that they too could celebrate Easter. However, The original Easter eggs whether from Pagan or Christian origin, are a far cry from the colourful variation that the Easter bunny is known to hide for children, so where and when did the colourful, dyed eggs and a bunny enter the picture?

Briefly, dyeing Easter eggs was thought to have first been done by British royalty; it was also done as a special offering to the church on Good Friday. Only at the beginning of the 20th century, did the dyed eggs become more family and child-oriented. The Easter bunny’s origin is relatively mysterious and there are many theories surrounding its existence and the inherent symbolism in the bunny. Either way regardless of religious beliefs or origin theories, chocolate eggs and a bunny that delivers them never fails to delight the young and old alike.